Yeah, yeah...I've been silent of late, stewing in the juices of my revisions. But I'm breaking my silence to announce four, yes FOUR, fabulous interviews and two contests!
I should divulge that all of the woman I am going to interview are my critique-mates from two different groups. Once you *meet* them you are going to go green with envy to think that I get input from these awesome people on a regular basis! And they are SO AWESOME I am compelled to share:

First interview: Cyndy Kennedy Henzel, writer of middle-grade and YA historical fiction. (aka Cuda of the west, and I'm going to fess up, the best damn editor and critiquer in the known universe.) Cyndy is way too humble so I'm happy to embarrass her and heap public praise on her writing, editorial skills and her incredible generosity of spirit which she cloaks in hysterical one-liners.

Second interview: Christine Johnson, author of the upcoming CLAIRE DE LUNE, a YA werewolf love story from Simon Pulse/ May 2010. Christine is a member of my crit group The Wordslingers. Christine writes first drafts that are better than most of what makes it into print and we all *hate* her for it. Nah--we love her to pieces. Plus she does all the amazing things she does with a toddler and a five month old baby. Yikes!

Third interview: Heidi Ayarbe, author of the upcoming COMPROMISED/ May 2010 (HarperTeen—an imprint of HarperCollins) and the 2008 FREEZE FRAME (Laura Geringer Books/HarperTeen an imprint of HarperCollins), is also a member of Wordslingers and in addition to being one of the most caring humans on the planet writes the most gut-wrenching YA fiction in print today. Her writing often drives me to tears (in a good, cleansing sort of way).

Look out for other upcoming Heidi Ayarbe releases: THE DOUBTING from Balzer and Bray 2011 (HarperTeen an imprint of HarperCollins)

First contest: We are going to be holding a signed ARC giveaway for CLAIRE DE LUNE and COMPROMISED.

Fourth interview: Kate Milford, author of the upcoming THE BONESHAKER/ Clarion May 2010, and another member of the Cudas is our very one female Stephen King and purveyor of mg steampunk fantasy. I featured a little info about THE BONESHAKER a few posts back.

tentative second contest: I hope to hold a BONESHAKER ARC contest as well.

Okay, PHEW. Now you know why I was quiet...I had to store up energy. April is going to be hectic around here. Sorry if I'm gushing a little too much, but they are all very, very dear to me and totally brilliant in their own individual and fascinating ways.
Posted by Unknown at 12:18 PM 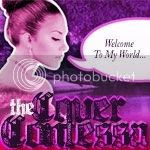 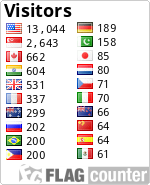