It has been very exciting for me this month to see books in print from three wonderful writers whom it has been my privilege to know so well. I've had interviews of all three of them posted here and I've noticed the positive reviews stacking up, so I thought I'd share some of them with you!


THE BONESHAKER, by Kate Milford

And..drumroll...the two winners of the Claire de Lune contest are...

I'm so happy because you guys are such great blog pals!

Deb definitely gets a copy of Claire de Lune and I do believe Keri gets one as well.
So message me, guys and Christine will send you your booty.

Congrats, ladies, and stay tuned for my Boneshaker contest.
Posted by Unknown at 9:28 PM 4 comments:

Interview with Kate Milford of The Boneshaker 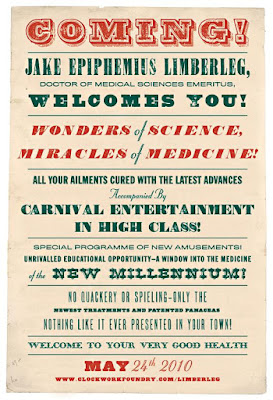 Tell us about a bit about yourself--as in your film background and that other strange place you inhabit known as Nagspeake.

When I moved up to New York, it was to write for the theatre. I was mostly writing historical stuff—absolutely nothing like what I write now, weirdly. I started writing for screen to adapt one of those plays, and I’m not going to tell you I got all that great at screenwriting, but I do think I learned to write much more visually and (control your laughter, considering The Boneshaker wound up almost 400 pages) much more efficiently than I did before. I think, even though I didn’t wind up being great at either stage plays or screenplays, I learned a lot from studying both that helped to make me a better fiction writer.

The easiest way to explain Nagspeake is that it’s my vacation getaway. As a reader, some of my favorite books are city-as-character stories, so my husband suggested I amuse myself by building a character city online, where ultimately it can exist alongside real cities and maybe even pass for one of them. Nagspeake has its own mythology and local mysteries and oddities, characters that live there who write for the websites that make it up. I have some crazy plans for it down the line. It’s also the setting for the book I’m working on right now.


Can you give us a quick synopsis on The Boneshaker?

Sure. Basically, it’s 1913 in a crossroads town called Arcane, Missouri. Natalie is 13; she loves machines and bicycles (her father’s a bike mechanic) and local folk tales she hears from her mother. Then Arcane’s doctor is called out of town just before a traveling medicine show run by Doctor Jake Limberleg rolls in. Natalie’s suspicious of the hucksters right along with everyone else, but it’s Limberleg’s collection of automata (which don’t seem to behave the way Natalie knows machines should) that keeps her skeptical even when the rest of the town starts to believe in the medicine show’s miraculous cures. Then there’s some devil-at-the-crossroads excitement, a temperamental antique bicycle, and of course lots of weird antique medical creepiness.

People are calling The Boneshaker a middle-grade steampunk fantasy. How would you characterize it?

When I wrote the first synopsis I put on my website, I think I used the phrase “a mechanical fantasy for all ages.” There’s certainly lots in the book that will appeal to steampunk fans, but I should be very clear that this is not a pure expression of the genre by any means. But then, as a reader, I’m a big fan of books, movies, tv, etc that blend genres, so I guess that’s going to turn out to be what I like to write, too. This one wound up being a little of this, a little of that.

How on earth did you come up with the concept for Boneshaker. Knowing you as I do, I'm quite convinced aliens visit you in your dreams and whisper this stuff in your ear.

If by “aliens” you mean the weirdos in my life like my dad and my husband, then yes, you’re absolutely right. They do, only it’s not in my dreams, it’s every minute of the day. I called my father yesterday to ask him to send me a book and he said, “Oh, hey, I just remembered something you might want to write about someday. Remember how your great aunts had those fruit trees they were really proud of that bore all those wormy apples they had to cut up into a million pieces before you could eat them? Well, Myrtie’s favorite one was an old-fashioned apple tree, and the kind of apple it grew was called Seek No Further. Isn’t that cool?” And you know what? I actually know exactly what I’m going to do with that bit of information. Once he sent me an email about the proper way to give chisels as gifts. And let me not begin to talk about the weird stuff I get from Nathan. Let’s see. In my inbox right now: emails about secret subway entrances, the Briggs-Rauscher Oscillating Reaction, the history of using 60 as a base for seconds and minutes, and (no surprise) scary old surgical tools. Plus my grandmother and Nathan’s mother are big genealogists who love details as much as I do. Nathan’s mom told me a story once about the little Missouri town where his father grew up where they stole the train station from the next town over. They all know I love weird stories and details like that, so they all save them up for me.

Man, I am so jealous. But then again, I've got my son. Who may actually be an alien.


What else are you working on these days?

Right now I’m revising the book set in Nagspeake; the working title is Charlotte Underground, but that will almost certainly change. It’s about the phenomenon in that city of Old Iron—iron that forms a sort of skeleton the city is built upon, and that nobody really knows the origin of, and that moves on its own power, kind of like the way plants reach for the sun. For some reason I started thinking about Jack and the Beanstalk, and Charlotte’s story started coming together. I’m also working on the continuation of Natalie’s story, if anybody decides they want to read more of that.

What has been your path to publication?

My first reader and editor was my friend Julie, and I absolutely credit her with this book being whipped into sufficient shape to land an agent. The original draft was maybe novella-length, and over a period of two years I expanded it into something approaching a book and started looking for representation. That process—finding an agent—took about six months. I queried something like twenty agencies, and I think I met you, Lisa, at about the same time I signed with Scovil Galen Ghosh. Then I revised the book with the help of my agent, Ann Behar. She shopped it around for just under a year before it sold to Lynne Polvino at Clarion Books.

Any advice for striving authors to be?

Also, I think it’s really important to have a network, and not to work in a vacuum. There are lots of ways to build a network; Verla Kay’s Blue Boards are free and give access to a huge, responsive and very supportive community, for instance. There are group blogs that focus on every conceivable genre. Getting involved with groups like the SCBWI and SFWA do require registration fees, but I’ve found them well worth those costs. Most important for me, though, has been having a really supportive, trusted critique group. And I’m not just saying that because Lisa recruited me into hers three years ago.

Tell us something unexpected about Kate Milford.

Well, this week I’m really missing muay thai, so let’s go with that. I practiced muay thai, which is Thai boxing, for a year before I had to stop last fall in order to meet my deadlines for The Boneshaker, but I can’t wait to get back to it. A year is nothing, by the way—just long enough to move from beginner to intermediate classes and start sparring and occasionally not get totally owned. I’d go into work with bruises all up and down my shins from checking kicks, bruises all over my arms from blocking punches, black and blue elbows, the occasional shiner…I was pretty.

I'd also like to share that talking to Kate about food and its emotional resonance can be a transcendent experience. If she ever gets tired of writing children's lit, she can always be a food critic! And that anyone overhearing our conversations when we meet up will be certain WE are aliens.

I hope this interview gives you the idea of what a fascinating, gifted and generous person Kate is. I have been fortunate to know her in person and I can attest to her splendiferousness. And her hugs can kill. Kate is a full six inches taller than me and can rip my small head off with one of her powerhouse love-you-to-death hugs! Love you to pieces, Kate. You are a genuine artist with a unique and amazing vision. And now the world will get to see it! I couldn't be more thrilled! 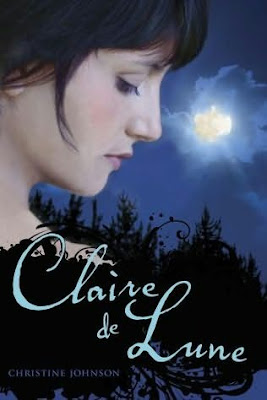 So here are the rules:

Winner will be chosen at random. (Christine will pick a number and that's the winner!)