Go read this interview my pal Lindsay Eland of SCONES and SENSIBILITY did with my other pal Kate Milford of BONESHAKER. It's so much fun. just like Linds!

Tenner Tuesday with Kate Milford!
Posted by Unknown at 9:49 AM 1 comment:

It does pay to google your own name

Wow. I just read this in a forum and so I did. Buried under all of my blog posts and comments, ad nauseum, I discovered a reflection on MY SUBWAY art written this past December by a grad student the prestigious City University Macaulay Honors College. Holy wow!!

In case you all do not know this about me, I am an artist, illustrator and professor if graphic design in addition to my career as professional book geek.

I just had to share this. Lookee here--this is my homey, Christine Johnson! I am SO proud!!! She is SO awesome!

First-time author Christine Johnson’s novel, Claire de Lune, about a teenage werewolf, was published by Simon Pulse this past May, and because of the positive responses the book received among book bloggers, Johnson held a contest for bloggers to win the chance to announce the title of the book’s sequel, as well as a prize pack of books and other items. Eighty-five bloggers entered the contest, and the winning blogger, Cherry Mischievous, announced the title (Nocturne) earlier this week. Nocturne will be published in May 2011. Photo: Joy Oxenrider.
Posted by Unknown at 3:37 PM 7 comments:

Pssst..Guess who's getting married in the town I'm in?

Chelsea Clinton. Yep. It's all anyone's talking about in Rhinebeck. The wedding is July 31. Crazy. This small town is already pretty hectic. Do I actually need to escape from my VACATION? Or maybe I'll run into Bill. Yeah. I'd like that.
Posted by Unknown at 4:14 PM 5 comments: 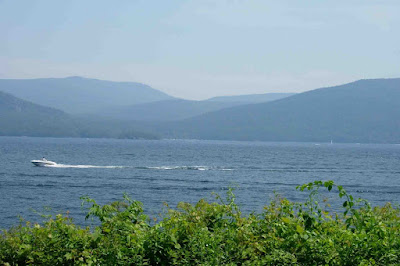 My, my, I've been negligent. Which is one of the reasons I'd hesitated to start a blog in the first place. I'm always hectic, and even though my head is usually buzzing with a million things, I don't always know what to post.

So I'll just report on life as it stands. I'm on summer vacation in the hills of northern Dutchess county New York! I'm a professor, so don't hate me, but I'm off until late August.

But I'm trying to write, write, write. Before that I'd been query, query, query-ing. And got an impressive batch of responses, most of which are still out for review. But the best part was that two agents wanted to TALK and suggested that I do a major revision and were willing to give me some feedback. I'm not going to comment on either agents, just that no promises were made. But for me, the fact that two agents bothered to fit time to talk into their crazed schedules and discuss my book was AMAZING.

And the ideas were awesome.

So that's what I am doing this summer. Not revising. Rewriting. My new WIP is on hold and the picture book I won a grant to illustrate and write is percolating, too.

About the picture book: I'm very excited, but terrified, too. I wish some kind soul would step in, siphon the visual ideas out of my brain and put nice childlike words to them so I can start drawing. I love picture books. I love the idea of illustrating them. Writing one scares the heck out of me.