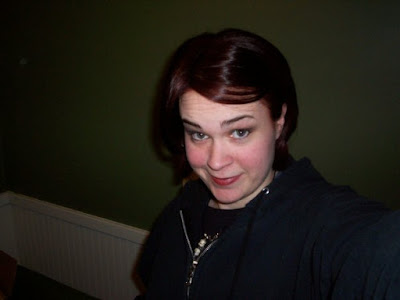 Well it's that time again when I shamelessly plug another writer pal (and her fabulous mega-agent Rosemary Stimola whose semi-accurate likeness you will find on this blog about two posts back).

I *met* Leah Clifford online almost three years on the Querytracker forum when there were maybe about fifteen of us originals. Back in those days, I knew her as Gypsygurl. (actually, she' ll always be Gypsygurl to me. Its her brand name). I've been familiar with this manuscript from its earliest days, and right from the start it was clear to me Leah was a brilliant writer with a big future. If she was a stock, I would have invested for sure!

Ever since Leah told us QT-ers back in December that her book had sold, we've been sitting on this fabulous news-so now it's time to shout to the world about Leah's book A TOUCH MORTAL, due from Greenwillow in Winter 2011. I love typing that title. As a self-proclaimed title freak I think it rates a perfect 10.

Anyway, here's the blurb about Leah's sale in Publisher's Marketplace.

YA Rebels vlogger Leah Clifford's A TOUCH MORTAL, the first in a planned trilogy in which a seventeen-year old doesn't remember the details of her final hours, but now, she's a Sider, a lost soul trapped between the living and the dead; endowed with a special power no Sider ever had, she is pulled into a feud between Fallen and Bound Angels which will reveal the truth of her death and alter heaven and hell and everything in-between, to Virginia Duncan at Greenwillow, in a good deal, in a pre-empt, in a three-book deal, the for publication in Winter 2011, by Rosemary Stimola at Stimola Literary Studio.