I've had it all over on Twitter and Facebook, but I guess it's time I put the news on my blog.

My book, BREAKING GLASS, is due out in June 2013 from Spencer Hill Press. Thank you to my agent Victoria Marini for her support and unflagging belief in my writing.

Here is a snippet:

Now (November 17th)
Outside the dinner theater lobby, the glow of street lamps barely penetrates the thick mist that shrouds the parking lot. It’s the kind of night that Jack the Ripper might have prowled the cobblestoned streets of London searching for victims.
In the lobby, fresh from the standing ovation he’s received as Tony in our production of Westside Story, my best friend Ryan Morgan is surrounded by a crush of people. For two weeks running his performance has been drawing crowds from all over Westchester County, his surprising star turn unprecedented for a high school junior.
I glance around furtively, but no one notices the lighting guy. Truth is, my hearts not in theater. I’m only working weekends to pad my college applications and my wallet. So, I take a minute to study the latest text from Susannah Durban, Ryan’s girlfriend of three years. Heat creeps to my cheeks.
For the past year Susannah’s been inexplicably texting me with Youtube links to her haunting stop-action animations. I watch her half-clothed body drift across the screen draped with filmy gauze, her dark bronze hair and golden skin amid floating leaves, graveyards, ballet dancers, Indian goddesses and scattered words in Hebrew and English, most of which make no sense.
But other than telling me the link is private and to keep it our little secret, Susannah never mentions them when I see her. Neither do I.
Yet if I could dive into my iPhone and swim beside her, an exotic fish in her private world, I would do it and never look back.
And Ryan would kill me. Best friends don’t want to do their best friend’s girlfriend. I think that’s written somewhere.
I glance behind me. Ryan is intertwined with Claudia Herman, the community college girl who plays Maria. Claudia’s hot. And she’s slept with the whole track team. I think of Susannah, mercifully out of town on a college visit.
My phone vibrates. Susannah again. This time it’s an actual text.
I clench my jaw and look away from Ryan and his latest fling, sworn to silence by the Guy Code of Honor.
Jeremy! guess what. i’m here! got n earlier flight
I peer out into night then glance at Ryan again.
Shit.
Claudia has one toned leg coiled around Ryan’s tall frame like a boa constrictor. I fumble with my phone. Texting under pressure has never been my strong suit.

And please enter my contest! (see below)
Posted by Unknown at 10:24 AM 18 comments: Links to this post

UPDATE: the five page crit offer has been upped to a PARTIAL READ from Ms. Marini!

I decided to do this because, ahem--I admit it--I am a design snob. Yes--there--I'm out with it. Not that I consider myself a design genius, but I do teach it and do it quite extesively--way longer than I have been writing. So, I felt it my duty to help authors, all of us whom are struggling to get ourselves heard and our books read, with a cool new blog look. I had done Heidi Ayarbe's a number of years ago and decided she't totally grown out of it. We both decided she needed a blog/website look that matched the beautiful style of her books. So we branded her with a website that feels like Heidi's writing.

I also thought my own blog needed an update and was in a bit of a pickle. Not only do I write spooky, dark YA, but I illustrate sweet light-hearted childrens' books. The whole dark spooky thing may match my writing, but it is not who I am. In fact, one of my students said I needed a banner that says it all about me. I STILL have to get on that website--but that will happen very soon.

So, in honor of the release of Heidi's new book, WANTED, coming this May, (and the arrival of something else into her life---but I'll let her tell you about that) she and I decided to run this dual contest.

You can enter either here, or on Heidi's blog:

What's really exciting is that my uber-wonderful agent, Victoria Marini, a PARTIAL READ to the prizes along with a signed arc of Meredith Zeitlin's forthcoming book, FRESHMAN YEAR AND OTHER UNNATURAL DISASTERS.

SO HERE ARE THE PRIZES:

First Prize: A custom designed blog banner by yours truly, personalized to best express "your brand". A critique of the first 5 pages of your manuscript by Victoria Marini.


Second Prize: A signed copy of COMPROMISED, by Heidi Ayarbe, including an array of swag, and a signed arc of FRESHMAN YEAR AND OTHER UNNATURAL DISASTERS, by the ridiculously multitalented Meredith Zeitlin.

If you really want a blog banner and don't win---we can talk.

This contest is for writers, readers and reviewers of young adult, middle grade and picture books. Picture book writers--I should warn you--we can't really offer you a critique if you win, so we'll have to come up with something else.

To be entered in this contest you need to do the following:

Follow both mine AND Heidi's blog, then tweet or facebook about it.
In the comments on either my blog or Heidi's, in a brief paragraph, tell us why you are so desperately in need of a new banner design. Include a link if you want to garner sympathy. We are not reviewing writing samples, so if your pitch for the banner impresses us, we figure your writing will, too!

The contest is open-ended. We'll probably close it at 50 entries or in two weeks, which ever comes sooner. Judging will be based on how cool we think you are and how uncool your website is in comparison! Or, if it just gets too tough to decide, I may have to pull comment numbers out of a hat.
Friends of mine--it would be better if you enter anonymously so I can't be accused of favoritism--but I guess you can't provide your link either.

Anyway--that's my contest! Hope you all enter---I want to fix every writers brand--one blog at a time!

to review other blog banners I've designed check this out:
http://lisa-amowitzya.blogspot.com/2012/02/blog-redesign.html

Stay tuned, because I am also branching out into cover design for Independently published authors.

Oh yeah--and I write books. My latest is called BREAKING GLASS, about a boy and his crush--who comes back from the grave to haunt him--and I will have some news on that very soon.
Posted by Unknown at 12:00 AM 21 comments: Links to this post

Contest Opens Today! Win a Blog Redesign from me and a crit from agent Victoria Marini

Hey all! The contest opens today! And I have big news..some great prizes to sweeten the deal:

Grand Prize will be
A five-page critique from my agent extraordinaire, Victoria Marini, AND
a blog banner redesign from me.

Second Prize will be
A banner redesign and a signed copy of COMPROMISED, by Heidi Ayarbe, swag and a signed arc from author Meredith Zeitlin's forthcoming book: FRESHMAN YEAR AND OTHER UNNATURAL DISASTERS

So come back Wednesday for entry rules!
Posted by Unknown at 2:27 PM 7 comments: Links to this post

Hey, what the heck? It's a new year, same me, but I wanted to put more focus on the other things I do besides write, such as graphic design and illustration for children's books. I'm also thinking forward---I'm going to be having an interview with the wonderful HEIDI AYARBE, where she and I discuss self-promotion for authors, reveal her brand new website design (that I did for her) and have a contest! Details to come.

Also, pssst.....I'm going to be announcing some exciting news next week. Lips sealed for now!


Here are some links to my other blog header designs to get you excited for my blog design giveaway contest:


And here is Heidi's redesigned blog:

Oh, and I designed this one, too, for author of Possession, Elana Johnson:

http://elanajohnson.blogspot.com/
Posted by Unknown at 11:10 PM 4 comments: Links to this post 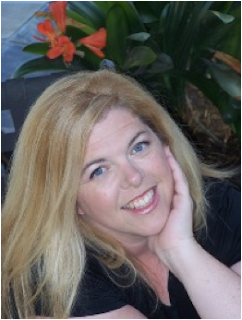 School psychologist by day, critically acclaimed YA and nonfiction author by night, Christine Fonseca believes that writing is a great way to explore humanity. Her debut YA Gothic series, The Requiem Series, including DIES IRAE and LACRIMOSA, examines the role of redemption, sacrifice and love. When she’s not writing or spending time with her family, she can be sipping too many skinny vanilla lattes at her favorite coffee house or playing around on Facebook and Twitter. Catch her daily thoughts about writing and life on her blog. 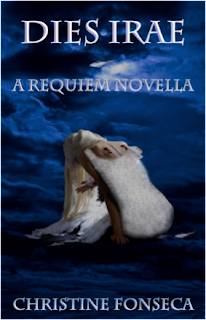 Some sacrifices should never be made—even for love.
Mikayel lives by one rule—obey the orders of the angelic Council at all costs. But when he and his friends, Azza and Demi, are sent to Earth as teenagers, following the rules is more difficult than they expected.
Being human isn’t the only problem facing the three angels. Unbeknownst to the Council, demonic activity is on the rise, threatening to break a tenuous peace that has existed for a millennia.
Caught in a struggle for power with unseen demonic forces, and fighting against his rising emotional, Mikayel must now decide how many rules he is willing to break to save his friends, a decision that could reignite an ancient war and will threaten the only thing that matters to the angels, the survival of humanity.

My Review of DIES IRAE:

DIES IRAE  ( for Kindle – From Amazon, Epub – From Barnes and Noble, Pdf – from Lybrary.com) is a novella—short, exhilarating and packed with emotion. I read it in literally one night, mainly because I loved the writing and characters—but what I really love the most is the visceral emotions pulsing not very far under the skin of her fascinating characters. This is not surprising since Christine is a school psychologist who has written numerous nonfiction books about gifted individuals (link here). Emotions are her stock and trade.


But what I found so gripping about this book was the timeless and epic quality of the story. Set in the distant past, in a vaguely Greek or Middle Eastern locale, the story thrums with a sense of mythic foreboding. Right away, the reader gets the sense that they are about to become witnesses to the cataclysmic event with seismic consequences. The tale is told from the point of view of two brothers in arms, angels Mikayel and Azza, both incredibly compelling and conflicted characters with deep ties and heartbreaking desires. They choices they make ultimately forces an upheaval to their way of life with devastating results.


Christine writes with a terse style that made these two larger than life individuals blaze from the pages in crackling detail. I don’t want to give too much away, but you get the sense from this book that nothing is ever black and white, that the good carry a seed of evil in them and the evil, a seed of good.

Thanks Lisa! And thank you for your kind words regarding DIES IRAE. I just love it when someone “gets” the story the way you have.
Thanks for stopping by, Christine! I just love the historic and mythological underpinnings of this book. LOVE! But mostly what I love, even more is the emotion that drips from every page. So much depth and drama, while being totally believable and not trite or contrived. This is why I’m pretty sure I’ll love anything you write, because yeah, I get you, Christine! 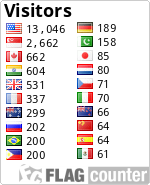